pical Depression 9, the swirling mass of clouds just to the north of The Yucatan in the image to the left, is expected to intensify into a Tropical Storm sometime over the next several hours. The warm waters of The Gulf combined with little shear has finally allowed this storm to grow rapidly over the past couple of days. The National Hurricane Center (NHC) has issued Hurricane Watches as well as Tropical Storm Warnings for much of the Big Bend area of Florida north of Tampa. Although the storm is not currently expected to become a hurricane before landfall,  it will come close to doing so with sustained winds of about 65 MPH, so Hurricane Watches are still in effect for the area. Although a sort of model consensus has been reached regarding the short term for this storm, mayhem continues as some computer models have begun to indicate a shift to the west once it passes North Carolina. If this storm were to shift to the west as now indicated by some of the more trustworthy computer models, it would mean that impacts from this storm would be felt as far north as New England.  As of now, The NHC has put a 50% chance of a 3 to 5 foot storm surge occurring in The Long Island Sound, but until the computer models receive more information, it is unlikely we will know the exact track.  More updates will ne available here over the next several days, but please visit The National Hurricane Center at nhc.noaa.gov before making any decisions. 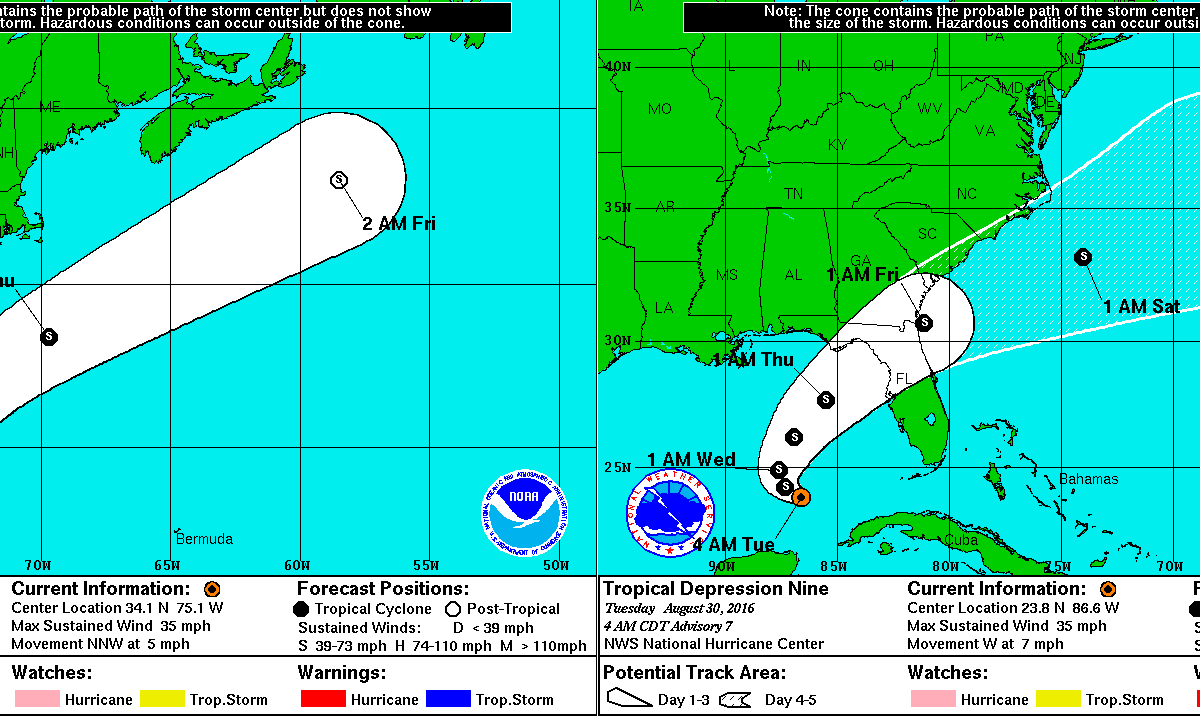 Invest 99L formed east of the Leeward Islands as a Tropical Wave about 10 days ago, since then, the storm has made its way to The Straits of Florida, where it is currently attempting to organize itself. Recent satellite images have indicated that the storm is beginning to regain a center of circulation, and recent computer model runs have suggested a potential hurricane impacting portions of western Florida over the following several days.

Although coming closer to the potential time of impact, the storm is not yet organized to the point at which the National Hurricane Center may issue advisories, and a model consensus has by no means yet been reached. Weather 360 will continue to provide updates on Invest 99L on here and on our Hurricane Center page over the coming days.